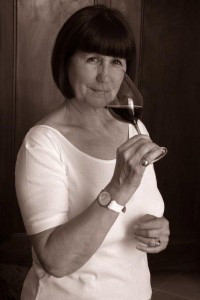 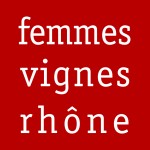 « A storm, nay … a hurricane, this young woman! His curriculum vitae would have several pages of this book. Let’s just say it is both winemaker, restaurateur and hostess, who graduated first aid air sommelier consultant to export gold medal courtesy of the French and the Tradition, Delegate for Tourism, vice President of the Young Economic Chamber of Valencia, she has chaired numerous boards and a regional association of sommeliers, she speaks four languages, gives lectures abroad, has a passion for opera, photography, tennis, skiing and rally car (twice the assistant manager of Air Paris-Dakar), Etc. ..
80, Daniele Raulet-Reynaud was just one of the ten « Women of the Year » voted by the magazine Marie Claire. His vocation for wine came from his grandfather winemaker in Cathar country, in the Corbières. Surprising in its memory tasting flavors (it tasted especially with the nose, it was lovely), she was pushed to enter the contest for best sommelier in the Clos-Jouve Henry, president of restaurant critics. An event at the time! Similarly, she had the nerve to pass him the best steward and to win. Very chauvinistic, it will make you above all share his passion for hot … … .. «